Listen, you play Red because you WANT to be an imposter, right? There’s no way that you’re trying to be the most innocent person in the room. That’s why this iconic track from Devilman Crybaby is probably playing in your head each time you’ve gotten the honor to play imposter. There’s fun to the evil you love to be, and a hint of dramatic flair.

You don’t always like to play imposter, but when you do you do it to have a good time. You’re almost never suspected based on color and that makes you an incredibly good liar: you’re in the zone. Therefore, your fake apologeticness when you win the game has you feeling like Ashnikko in “Tantrum”. You ARE that person, and you own it.

You’re the most relaxed person in the group, and you just want to be a crewmate. However, when you’re imposter, that relaxed air about you makes you unlikely to be a suspect, and you’re thinking that your victims will have “Nowhere to Run.” You’re going to complete your goals, and you’re going to be the most relaxed and honest sounding person doing it as the electronic sounds by Stegosaurus Rex play in your headphones when you’re muted.

You like to look innocent, even when you’re not. You’re probably really good at using strategies to commit your crimes, and you just want to dominate the game. Having this premeditated game plan, coupled with an inner killer, makes me think of “When I Rule the World” by LIZ.

Orange, you never want to be the killer. You just want to be a crewmate and are probably incredibly wholesome. However, when you’re put in the unfortunate situation to kill your friends in the game, you just try your best to separate and keep yourself under wraps.  That’s why “Don’t Make Me” by MALINDA is the song that you’re going to enjoy: you don’t want to be the bad guy, but you will be if necessary. 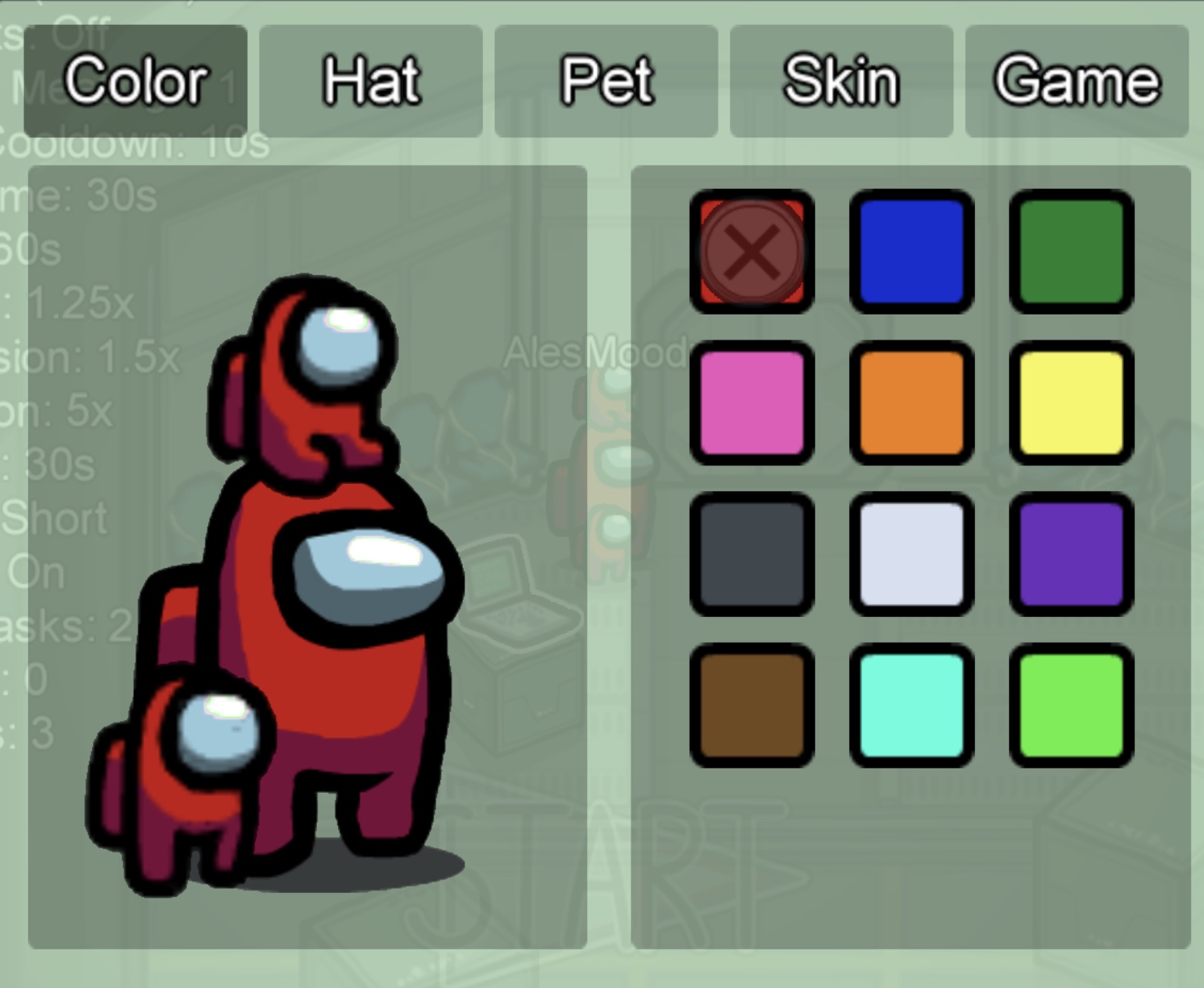 You’re TOO good at hiding in plain sight. Nobody ever suspects yellow, and you’re incredibly good at shifting the blame to another person. You can probably also fake tasks really well. You’re a silent killer, so this throwback by Foster the People is the perfect song for you. Bonus if the pistol kill animation is your favorite.

You’re a lot like Red in that you hope to be an imposter, but you’re way less dramatic about it. You have an incredible amount of fun, and probably don’t care if you’re found out or not, but you definitely take advantage of the sabotage functions, and especially love to play with revenge on the mind. That’s why “Whole Lotta Choppas” is the song for you: no snitches will be left alive.

You have TOO much fun toying with people’s emotions during discussion. You’re going to shift the blame and be too good at it, even when you know it’s unfair. Poppy’s hardcore “I Disgaree” is the song for you because any accusations thrown your way will not hold despite you knowing that you’re the imposter.

Don’t even try to deny that you’ve never played Five Nights at Freddie’s or were part of that fandom at some point in your life. You main Purple because you’re Purple Guy, so when you play imposter you love to think of the song “It’s Been So Long” by The Living Tombstone.

Not many people play this color, but the people who do are silent killers. Unlike Yellow, you’re also probably really suspicious even when you don’t intend to be. For Brown, the quietly violent vibes in “Garbage” by Tyler the Creator are the ones that resonate the most with you.

Your best friend in the game is probably Pink. You love to gain the trust of the other players before you commit the ultimate betrayal and kill them when they’re cornered and use the vents to run away from the scene of the crime as quickly as possible. Your fatal flaw is that you hate how good you are at the game, so when your innocence is called into question you’d be the first to say, “It was me. I’m sorry. Vote me off.” The fast paced way you play the game makes me think that your anthem is “Hayloft” by Mother Mother: you’re ready to kill and hope you don’t get caught.

You’re here for a good time, not a long time. You love to piggyback off other peoples wrong accusations to clear your name, and you love to sabotage O2 and Reactors to tire out your fellow crewmates and keep tasks from getting done. So Green, your imposter anthem is “Kill EVERYBODY” by Skrillex, because in the end you want to kill quickly, and cause the most trouble for everyone possible.