“LEGO Star Wars: The Skywalker Saga” is finally out.

The beloved LEGO franchise’s newest installment, developed by Traveller’s Tales, allows you to play through the storyline of all nine main “Star Wars” films. Downloadable content from other “Star Wars” spin offs like Rogue One, Solo, The Mandalorian and The Bad Batch are also available.

For anyone who played past games like “LEGO Star Wars: The Complete Saga”, this game will undoubtedly give you that warm feeling of nostalgia. Similar to past installments, the missions retell each film’s story while incorporating some slapstick comedy from the LEGO characters. However, there are an assortment of cool new features that make “The Skywalker Saga” stand out from the rest.

Rather than the traditional fixed, overhead camera view used in past LEGO Star Wars games, “The Skywalker Saga” uses a third-person, over the shoulder view. Players are able to control the camera view as it follows their character. This new perspective helps make the game feel much more immersive than previous installments. 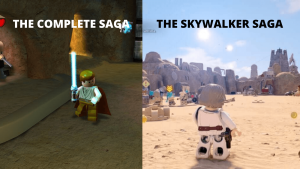 To start, each playable character has their own unique set of movements and attacks. In lightsaber combat, players are able to string together attacks to create combos that result in increased damage output. Players can also block or dodge incoming attacks. A perfectly timed counter move produces unique finisher animations for each character. Gun-wielding characters now have the ability to take cover and fire from behind barriers. 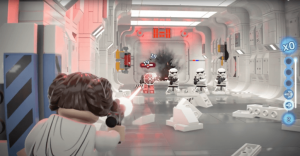 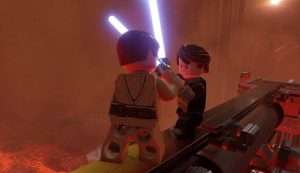 The non-playable character combat has also improved. Enemies no longer stand still and take a beating while you mash away at the attack button. If you do not string together a creative combination, enemies will block your attacks.

All in all, the expanded combat system adds much more action and variability to the adventure game.

Perhaps the biggest change to the franchise, “The Skywalker Saga” gives players an open world to explore on their own. Past games restricted players to only a couple of areas to explore outside of the main levels.

Players have the ability to travel to 24 different planets each with their own free roam environment full of interactive puzzles, challenges and side missions. Collectible items called Kyber Bricks and Datacards are spread across the galaxy for players to find. The game is packed with a massive amount of content outside of the main missions. 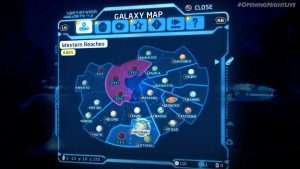 Another new addition to the game is space gameplay. Players can opt to fly freely between planets instead of fast-traveling. It is possible to run into random encounters with enemies as well, prompting new space combat. 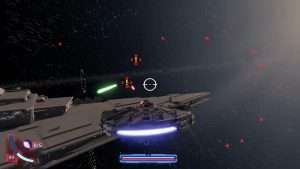 With such a massive map, players will have plenty to explore after completing the main storyline.

“The Skywalker Saga” brings 10 unique character classes never before seen in a LEGO game. There are over 300 playable characters and each character class has their own set of special abilities and upgrades depending on their class. Classes include Jedi, Dark Side, Bounty Hunter, Scoundrel and many more. 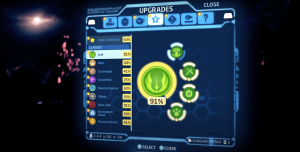 For example, Bounty Hunters can detect enemies through walls and other surfaces. Jedi have increased damage on objects thrown with the force. Dark Side characters have an increased chance of making enemies run away during combat. These abilities can be upgraded by collecting studs (the in-game currency) and Kyber Bricks.

This new facet of the game allows players to personalize their playstyle to a higher degree.

“The Skywalker Saga” is a family friendly game that fans of all ages can enjoy. The action packed play through of all nine movies will leave you wanting more. Luckily, the new additions and massive world expansion means you’ll never run out of gameplay to explore.

It is available on PlayStation and Xbox platforms, Nintendo Switch, and PC. There is a co-op play option so grab a friend and explore the endless possibilities in a galaxy far, far away.