When Luka Doncic fell into their lap at third overall in the 2018 NBA Draft, Dallas joined an exclusive list of teams to have the best player on the planet. As history has shown, when an organization comes across this kind of once-in-a-lifetime opportunity, they are expected to deliver a winning team; more specifically, a championship. Thus far, Dallas has made mistakes in their pursuit to pair Luka Doncic with a second-star player. They took a big swing on Kristaps Porzingis, acquiring the injury-prone unicorn in a trade with New York. But the Euro duo of Doncic and Porzingis never quite meshed, and Dallas dumped the Latvian star to Washington for outcasted Spender Dinwiddie and overpaid Davis Bertans – the Latvian Laser himself. 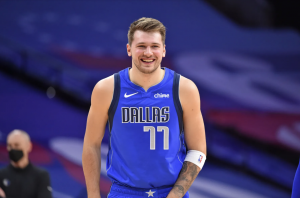 Before the trade, Dallas and Doncic were struggling with a modest 35-25 record. The Slovenian Magician looked sluggish to start the year, and Kristaps’s role as a mid-post scorer and subpar defender simply did not fit with Luka’s perimeter-centric style of play. With Porzingis out of the way, Dinwiddie’s role as a shot creator and playmaker better complemented the team’s heliocentricism. For similar reasons, Jalen Brunson the shifty shot creator emerged as a lethal left-hand man. With in-shape Luka at the helm, the Mavericks discovered their defensive identity and ended the season on a 17-5 run to seize the fourth seed.

The stage was set for some vintage Luka magic. Before ultimately falling to Stephen Curry and the inevitable machine of Golden State, Brunson picked apart a crumbling Utah team in the first round, and Doncic bodied Phoenix’s smaller players in the PNR to unleash a flood of kick-out threes and drown the Suns. Throughout this run, Luka Doncic showed he is on the verge of crowning himself as the best player in the league. But is Dallas ready to be the best team in the league? The Magic 8 Ball says, “Outlook not so good.”

The team had an underwhelming off-season. Feeling unappreciated by Mark Cuban, Jalen Brunson left Dallas and signed a max contract with New York. With limited options to improve the roster, the front office took some low-risk gambles. First, they traded the 26th overall pick and periphery players to Houston for Christian Wood, a floor-spacing big and PNR scorer who sounds good in theory but is infamous for empty numbers and losing teams. Then, they drafted Jaden Hardy, an equally talented and inconsistent scoring guard who disappointed in the G League and fell from top prospect to second-round risk. Finally, they signed the reliable rim runner Javale McGee, who proved to be a valuable backup center for Phoenix last year. 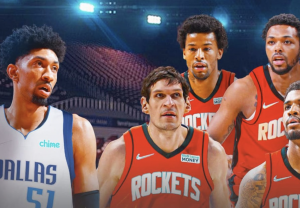 This is all to say that Dallas feels closer to the play-in tournament than the championship. More so than ever, their playoff hopes rest squarely on the shoulders of Luka Donic, so he’s currently the odds-on favorite to win MVP next year.

Last year, Luka’s biggest problem was physical conditioning. In the first half of the season, he was consistently spent at the end of games and lazy on defense. So Jason Kidd challenged his superstar to be better. After playing himself into shape, he took control of the offense, played to his full potential, and finished fifth in MVP voting – despite experiencing a bumpy start and injury to start the season.

For context, the moment he stepped onto an NBA court, Luka Doncic mesmerized basketball fans with an unorthodox style of play and a bottomless bag of tricks. He’s known for toeing the line between the possible and the preposterous, like a basketball prodigy testing the limits of their power. Like many of the greats, Luka Doncic messing around is a top ten player in the league because he’s that damn good. But he has the potential to be a top-ten player of all time.

By all accounts, Doncic has been focused and motivated this offseason, training his body over the summer and keeping his weapons sharp at Eurobasket 2022. In what could be a sneak peek into the indomitable power of locked-in and in-shape Luka, he led Slovenia to the top of this tournament’s “Group of Death” with two transcendent performances: 36 against Germany and 47 against France. Slovenia’s second-best player is 36-year-old Goran Dragic, so they will go as high as Luka can take them. Luckily, Luke Doncic is an out-of-this-world talent.

Similarly, Dallas’ supporting cast features an uninspiring group of solid role players and low-reward bets, from Maxi Kleber and Dorian Finney Smith to Spencer Dinwiddie and Christian Wood. If Dallas wants to make any noise in the stacked Western Conference, Doncic will need to have his best year yet, the one we’ve awaited with bated breath since he took our collective breath away as a doughy-faced rookie: the MVP year, the coronation.

Next year, everything is set up for Luka to take center stage. Giannis Antentokounmpo and Nikola Jokic will suffer from voter fatigue. And Joel Embiid will have to share the spotlight with motivated James Harden. Other wildcards include Stephen Curry, Jayson Tatum, Kevin Durant, and Ja Morant. But MVP voters love a good narrative, and there’s no more compelling storyline next year than the Mavericks riding the coattails of Luka Doncic’s ascension into perennial greatness.