If you’re an NBA fan looking for a break from the aggressive, repetitive nature of the NBA Twitter world, look no further than NBA Paint. NBA Paint is a Twitter account that makes basketball-related art, providing users with the creativity that is so often overlooked by major media outlets. Ironically enough, the simplicity of their art is what makes it so creative.

NBA Paint comes in with a fresh and fun take on the ongoing drama around the NBA community. Using Microsoft Paint, the creator makes simplistic cartoon graphics featuring play-on-words that can be made of an NBA player’s name. This includes things like Mason Plumlee drawn as a plum, Evan Mobley mowing a lawn in his Cavs jersey, or Fred VanVleet as a fleet of vans. These brightly-colored, NBA stick figures, often sporting a smile, resemble something a child might draw with crayons.

We’ve all seen it before. A player makes an incredible highlight play or accomplishes a massive feat and the huge social media accounts like ESPN, BleacherReport, and House of Highlights rush to be the first to post it. Within minutes Twitter is flooded with the exact same highlight, quote, or headline from every outlet. You can’t escape seeing the same replay all over your feed. NBA Paint steps in to disrupt this echo chamber of monotony. Let’s take a look at some examples.

Ja Morant is typically known as one of the most explosive players in the league in today’s NBA, often attacking the rim with extreme ferocity. On a night where he had a vicious highlight dunk that made it seem like he had some sort of vendetta with the rim, NBA Paint posted this image. 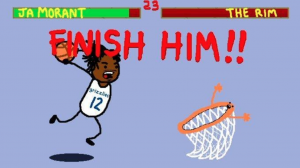 On the night where Stephen Curry broke the NBA record for career 3-pointers made, the major sports outlets all rushed to post some variation of “Stephen Curry now holds the all-time 3-point record.” NBA Paint posted Curry, quite literally, holding the record. 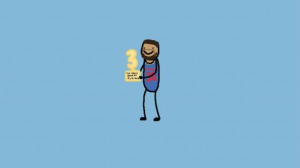 As you can see, the trick to their greatness is not only finding names that could phonetically be made into punny graphics, but also paying attention to the storylines of the NBA Twitter world. On any given night, a new opportunity for an illustration may arise based on the theatrics around the NBA community. Some more examples:

On a night where Russell Westbrook posted a career-high 24 assists with the Washington Wizards, NBA Paint tweeted out this graphic depicting Westbrook “gifting 24 buckets to his pals” 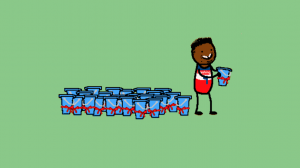 Michael Beasley quickly went viral for tweeting out, “Btw every 10 seconds another person that can’t guard me comes into the world.” NBA Paint replied to his tweet with this graphic: 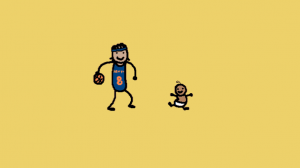 Most recently, the NBA community was up in arms about a situation involving Grayson Allen, who committed a hard foul on Alex Caruso, resulting in Caruso fracturing his wrist. Allen, who has garnered himself the reputation of a “dirty player,” was quickly chastised throughout the social media world. NBA Paint joined in on the discussion with this tweet: 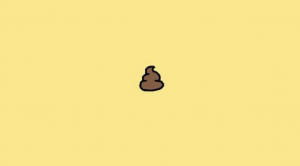 In addition to this, they have also garnered attention from a number of NBA teams like the Cleveland Cavaliers and Chicago Bulls. The Cavaliers’ Twitter account posted an NBA Paint graphic of Darius Garland, as a star with the caption “Darius All-StarLand” to promote Garland being voted as an All-Star this season. The Bulls have also frequently collaborated with NBA Paint on a number of social media posts, including a promo for a special Bulls calendar and their Social Night. 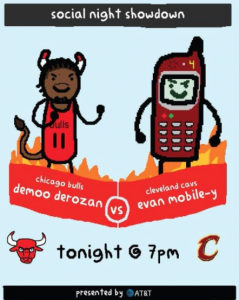 Perhaps their biggest collaboration to date, NBA Paint most recently was featured on NBA on TNT, where they illustrated graphics for Tuesday night’s matchups between the Brooklyn Nets and the Los Angeles Lakers and the Dallas Mavericks and the Golden State Warriors. NBA on TNT posted a video of their own graphic which is then pulled away to reveal NBA Paint’s simplified graphic. Throughout the night, the crew would also show stick figures of LeBron James, Steph Curry, and other players drawn in NBA Paint’s style.

With more eyes being drawn to NBA Twitter’s favorite artist, it’s no doubt that NBA Paint will continue to flourish as they bring joy to the community with their hilariously punny illustrations. Throw them a follow @nba_paint on Twitter!