With the 2022 NBA Draft, another wave of talent has washed ashore in the league. From passionate fans to pressed front offices, it’s tough to not get swept up in the excitement of drafting someone who might take the league by storm. After all, the draft is largely speculative.

Whether it’s the 1st pick or the 41st pick, no one really knows who will pan out or wash out. Feeding into the hype is half the fun, but everyone and their mother has heard and talked about the biggest names of the 2022 NBA Draft: Paolo Banchero, Chet Holmgren, and Jabari Smith. So let’s show some love to the most lowkey rookies that rounded out the rest of the lottery.

6’6’ Benedict Mathurin is this year’s quintessential explosive athlete and lethal shooter. He has a beautiful, high-arcing jump shot that splashes into the cup like a raindrop, and he might be the best movement shooter in his class. Though lethal beyond the arc, his floater and midrange game leave a lot to be desired, so he needs to refine the softer side of his shooting touch. Nonetheless, when he’s coming off pin-down screens and stepping into turnaround threes, Arizona’s offense clicked like summertime cicadas. Mathurin is also one of the better off-ball players in the class. With excellent timing and improvisation skills, he stays on the prowl for backdoor lobs and cuts. At his best, Mathurin is playing in rhythm. 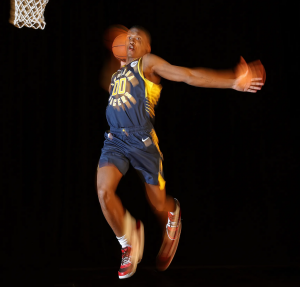 If the defense disrupts that rhythm and forces him to iso, he commits turnovers and takes bad shots. With that in mind, Mathurin’s game is best suited for running and gunning, where his athleticism truly shines. He glides and defies gravity in the open court, assaulting the rim and dunking so hard his games should be rated R. As the hub of Arizona’s offense, Mathurin also developed into an underrated passer. He’s far from a primary ball-handler, but this passing ability will only improve as his game matures. Defensively, he has all the physical tools to become a great defender, but he lacks focus and consistency. He is far from a liability on defense, but he makes too many mistakes that directly result in points. To reach his ceiling as an all-star guard/wing, Mathurin needs to develop into a solid defender and a better shot creator.

An exceptional athlete with the size and intelligence to guard all five positions, 6’9 Jeremy Sochan is the clear-cut, best defender of this class. With uncanny recovery speed and imposing length, the sight of Sochan harassing smaller perimeter players feels like watching a D1 player bully kids at the YMCA; it’s not fair. But to limit Sochan’s defensive impact to on-ball situations would be a disservice to his off-ball prowess. With a head that stays on a swivel for timely swats and deflections, he’s a perceptive help defender who stays lurking in the lanes. Another effect of Sochan’s awareness and anticipation is that he’s a menace in PNR coverage, who can seamlessly navigate screens and handoffs. 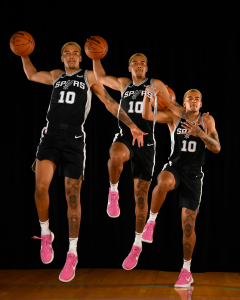 On the other side of the ball, it’s a different story. He’s raw like steak tartar, but he manages to survive on instincts and intelligence rather than skill. To call him a point forward would be an exaggeration, but he’s shown flashes as a playmaker, particularly in the open court where he has space. To that point, Sochan has potential as a short-roll playmaker, where he uses his size and vision for in-traffic drop-offs. That being said, his points primarily come from slashing to the dunker spot, where his incredible athleticism and body control offset his lack of touch. If he can develop a reliable jump shot, Sochan projects as an all-defense, two-way forward. Luckily, San Antonio features some of the best shooting coaches in the league.

Clearly, OKC has a type because they have drafted yet another big wing with guard skills: Jalen Williams from Santa Clara, an all-around PNR maestro with incredible size. To watch him move and manipulate defenses with his size and vision is to witness a basketball technician at work. He’s a crafty playmaker with a knack for no-look lobs, slippery drop-offs, and cross-court bullets. Not only a natural passer but also a shifty shot creator, Williams keeps defenders on their toes with a smooth touch that stretches from the paint to behind the arc. Admittedly, his best asset is the product of his most glaring shortcoming: quickness. 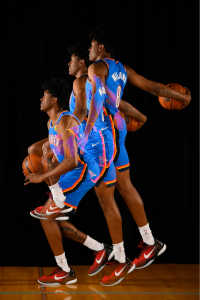 Crafty playmakers, like Williams, need to be especially clever with how they create space and angles. In the same vein as his teammate Josh Giddey, what sets Jalen Williams apart is his size. Standing at 6’6 with a 7’2 wingspan, Jalen Williams flourishes in the teeth of the defense because he has the height to see the whole court and the length to elevate over smaller players. To top it off, Williams is an unselfish player who takes pride in setting up his teammates. Playing alongside the likes of SGA, Josh Giddey, and Chet Holmgren, OKC is a must-watch team for years to come.

Defensively, 6’8 Tari Eason profiles similarly to Jeremy Sochan. They play similar defensive roles, but Eason’s impact is a tier below Sochan’s. Physically, Eason is an athletic, multi-positional defender with the speed and strength to move his feet or stand his ground. Not one to rely on pure athleticism to get the job done, Eason is a sharp, high-effort defender, who will hound his man for all 94 feet of the floor while decisively navigating screens. Eason is also what scouts call a defensive playmaker, an instinctive player with a nose for the ball. Adept at using his 7’2 wingspan, Eason registered an all-time steal and block rate for LSU in his sophomore season. 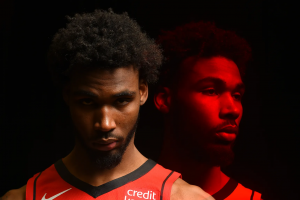 Offensively, Eason uses his playmaking skills on defense to create transition opportunities in the open court. Whether he’s picking up a deflected ball or taking control of a rebound, Eason is eager to grab and go coast to coast like a freight train in the fastbreak. In the half-court, Eason isn’t as raw as Sochan, but he’s definitely rough around the edges. He’s a downhill slasher overly reliant on his right hand and his athleticism, but he’s simply effective at powering his way to the rim or drawing a foul. In terms of his ability to space the floor, Easton is a streaky three-point shooter with the potential to develop into a solid playmaking roll man. To reach his ceiling as a high-level versatile defender and floor spacer, Eason will need to play more composed, cut back on turnovers, and be a more consistent shooter.