Home » Culture » What is Wordle?

The newest social media craze Wordle challenges players to put their knowledge of the English language to the test.

Wordle is a super simple puzzle game that tasks players with guessing a five-letter word in six attempts or less. After each guess, the letters turn a different color, indicating their position in the word. 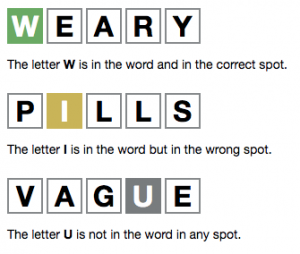 Software engineer Josh Wardle created the game back in October 2019. He and his partner share a love of word games so he decided to make his own that they could play together. Three months later, over 2 million people are playing his viral puzzle game daily.

What makes the game so appealing is its accessibility and shareability. It is free to play and results can be shared to social media in this format: 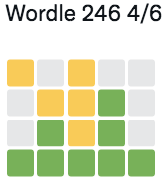 If you’ve been on Twitter at any time in the past three months, then you’ve undoubtedly seen some combination of these green, yellow, and gray boxes.

Everyone gets the same mystery word and only 24 hours to complete it. With only one word a day, it is impossible to get burnt out or bored.

The game also tracks your stats so you can take pride in guessing correctly and keeping that streak alive. If you fail to guess the word, there is always the promise of another opportunity tomorrow. 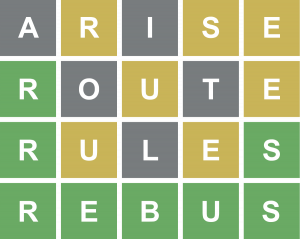 Although the word is the same for everyone, there are many different approaches to the guessing game.

Some enjoy the bold approach of guessing whatever word first pops into their heads. These people love the thrill of potentially guessing the word on the first attempt. Others take a more analytical approach, using starter words like “adieu” or “ouija” to narrow down which vowels are used.

It has become a major point of contention throughout the Wordle community. Casual players believe using starter words is trying too hard, while the competitive players simply see it as gaining an edge over their peers.

This has also spawned a number of guides detailing what the mathematically best starter words are for the game. By taking into account information theory, probability and a bunch of other big-brain stuff, YouTuber Grant Sanderson found the best word to be “crane.”

No matter what approach you choose, it is most certainly a competition to see who can get the word in the least guesses. Whether it’s flexing results on Twitter or beating friends in a group chat, everybody loves feeling intellectually superior. 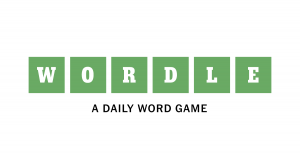 Social media is the main driver behind Wordle’s increasing popularity. Everybody wants to join the party and flex their brain muscles. There is also something extremely satisfying about guessing the word and feeling like a master of the English language.

Even celebrities have taken to social media to share their results. Late-night host Jimmy Fallon has been very vocal about his addiction. 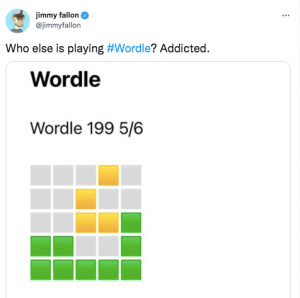 The New York Times recently bought Wordle, adding the puzzle to their collection of word games like The Crossword and Spelling Bee. They intend to keep the game free with no ads.

Join the community and make Wordle a part of your daily routine!

Head over to play now!