Former Dallas Cowboys quarterback Troy Aikman poured the first pint of his new beer at Lavaca Street Bar in The Domain this Tuesday.

Eight Elite Light Lager, named after Aikman’s former jersey number with the Cowboys, is a low-calorie light beer headquartered and brewed in Austin. Made with organic grains and antioxidant rich hops, the health-focused lager contains only 90 calories and 2.6 grams of carbohydrates per 12 oz. 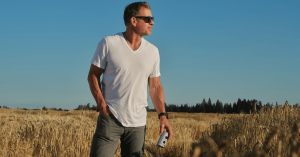 Fans and customers packed their way into the Austin sports bar to see Aikman try his hand at bartending for the afternoon. He poured his new beer from the tap, served customers, greeted fans and took pictures before standing up to talk about Eight.

The NFL Hall of Famer described it as a “better-for-you beer.”

“Health and wellness has always been really important to me so I thought that we could do a light beer that complimented my lifestyle,” Aikman said. “In recent years, there are a lot of people leaning more and more into the health space and wanting things that are better for you.” 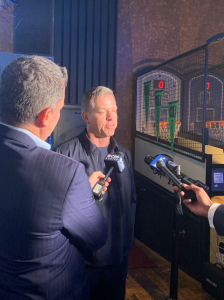 Aikman cited the growing demand for low-calorie beer as a main reason for their launch.

What makes Eight stand out from the rest of the pack is that they use no sugars, adjuncts or fillers in their brewing. Eight’s target consumers are what Aikman referred to as “early risers.”

As a proudly Texas-based brand, Eight has committed 1% of their revenue to Texas causes that align with their mission to expand access to better nutrition and physical activity for those whose circumstances hold them back. 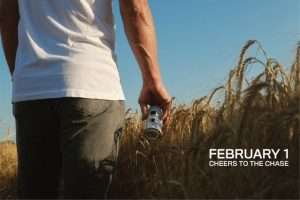 Eight is currently only available in the Lone Star State at select bars and restaurants as a draft offering. It is expected to hit the shelves this March in a 6-pack, 12-pack, or single 19.2 oz can option. Be on the lookout for the three-time Super Bowl champ’s calorie-conscious beer!