Let’s build the most powerful rocket ever built and send it to the moon – sounds like your 5th-grade dream right? Well, NASA is doing just that. 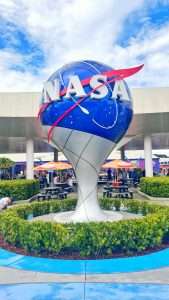 Through the Artemis program, which aims to land humans at the unexplored lunar south pole and eventually on Mars, astronauts will go on long-duration deep space missions that test all of the bounds of exploration. And the best part? We got a behind-the-scenes look at the mission last week! Over the course of three days we spoke to astronauts, toured non-public NASA facilities, and got up close to the most powerful rocket ever built. The original launch of Artemis was scheduled for Monday, but due to technical issues will now happen today. 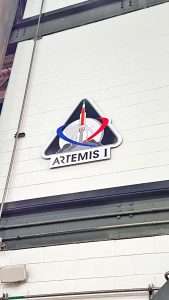 From Space City to Florida

Aimlessly scrolling through twitter is usually not advised, but in early August we were doing just that when we saw a call from NASA to apply for their Artemis NASA Social – a program that pulls back the curtain for creators to share with their audiences. We applied and a few short weeks later found ourselves in sunny Florida. 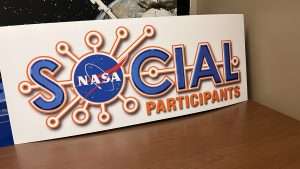 Let’s get into the good stuff – the tours. One of the more memorable visits was to The Vehicle Assembly Building, or VAB. The iconic facility serves as the central hub of NASA’s premier multi-user spaceport, capable of hosting several different kinds of rockets and spacecraft at the same time. Whether the rockets and spacecraft are going into Earth orbit or being sent into deep space, the VAB will have the infrastructure to prepare them for their missions. 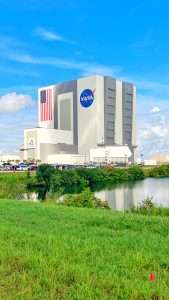 The VAB is the largest single story building in the world with the tallest portion of the VAB is called the high bay. There are four high bays, two on the east side, and two on the west side of the building. Each has a 456-foot-high door, enabling rockets to be stacked vertically and then rolled out to the launch pad.

So you put together your epic rocket – how do you move it to the launch pad? The Crawler.

A pair of behemoth machines called crawler-trans­porters have carried the load of taking rockets and spacecraft to the launch pad for more than 50 years at NASA’s Kennedy Space Center in Florida. Each the size of a baseball infield and powered by locomotive and large electrical power generator en­gines, the crawler-transporters stand ready to keep up the work for the next generation of launch vehicles to lift astronauts into space. 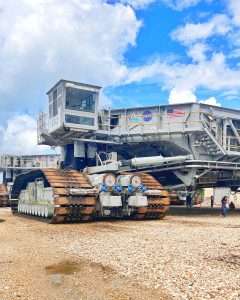 Why Back to the Moon?

The primary goal of Artemis I is to pave the way for astronauts to return to the surface of the moon. This first test flight will send an uncrewed Orion capsule around the moon and test some technology along the way before coming in for a blistering hot reentry through Earth’s atmosphere and a splashdown landing.

But the full vision for Artemis involves next putting a lunar gateway in orbit around the moon. This will be a sort of waypoint and miniature space station for future lunar missions. From there the plan is to set up a permanent outpost on the lunar surface. Everything that NASA learns from Artemis is meant to then inform plans for the first missions to Mars in the 2030s. Yes, you hear that right – Mars!

The highlight of day 2 was getting up close with the rocket. While the closest you can get is miles away, we took a bus ride right next to the rocket and it is massive! The majestic machine has many components to it – the BBC infographic below does a good job of breaking them all down. 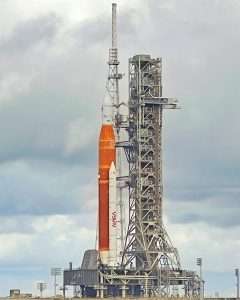 Seeing rockets is fun, but hearing from the humans behind them is even better. We were treated to a variety of Q&A sessions with everyone from the engineers that designed and troubleshoot the key pieces of the Artemis mission to the Administrator of NASA. We’ll be posting YouTube videos of many of these sessions, but here are our takeaways. 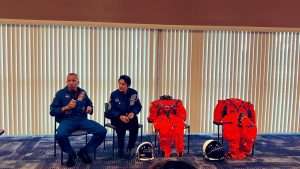 Our 3 days at NASA were as memorable and inspiring as they get. The feeling of possibility and science giving us the ability to make anything possible was awakened. Although we did not get to see a glorious launch, we gained an appreciation for the next chapter in the space age. We can’t wait to one day see Artemis 2 or 3 launch. Till then, we’ll be watching the NASA live stream and geeking out!

@texastasty NASA is going back to the moon with the most powerful rocket ever built! We got a behind the scenes look the mission. 🚀Let’s go to the moon! 🌑 #nasa #space #nasaartemis #Artemis #moon #spacetravel ♬ TROPICAL UPLIFTING MOTIVATIONNAL SUMMER RUN – whitecedar