Burger Bodega has announced its first brick-and-mortar location will open to the public on Thursday, November 3. After a successful year of pop-ups starting in September of 2021, Burger Bodega will now serve the Houston community at a permanent location on Washington Ave. Burger Bodega’s new home has some exciting menu additions, and will model a bodega atmosphere, with a New York feel, while embracing Houston elements.

Originally, the Burger Bodega pop-ups only served a Double Smash Burger, with two smashed patties, american cheese,  grilled onions, housemade pickles and bodega sauce on a potato bun. Now guests will be able to choose from a single, double or triple patty. Along with the smash burgers, Burger Bodega will serve a Classic Cheeseburger with american cheese, shrettuce, tomatoes, onion and bodega sauce on a sesame bun. 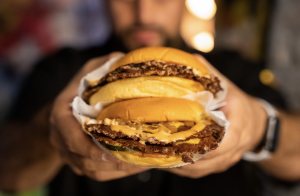 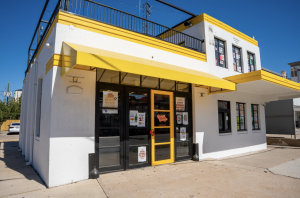 “With years of working in the fast food industry for my family’s business, I’ve always had the dream of opening up my own restaurant,” said owner Abbas Dhanani. “All the overwhelming support from the city over the last year at each pop-up truly has been amazing, and I couldn’t be more excited to bring my passion project to Washington Avenue. I started my food instagram @houstoneatz with the goal to promote other local restaurants and chefs in Houston, and Burger Bodega will be able to bring that goal full circle by showcasing products from local restaurants in the city. I can’t wait to serve the city, and bring a little bit of New York with a Houston flair to Washington Avenue.”

We can’t wait to visit and share our experience.