Gloria and Jose Fuentes each left the civil unrest in their home of El Salvador in 1978. They found each other after settling in Houston, and the two moved to Dallas to work in Gloria’s sister’s small Salvadorian restaurant. Only a year into the restaurant business they took it over, thus began Gloria’s Latin Cuisine. Now, three decades later there are multiple locations throughout their chosen home of Texas.

Described as “Salvadorian with a twist”, the menu has El Salvador favorites like pupusas, as well as Tex-Mex and other Latin Cuisines. It has a great selection of cocktails and the atmosphere is a little nicer than what you would expect from a chain restaurant. Glorias doesn’t just have salsa, the food. Some locations turn into nightclubs after closing.

Where local salsa bands and DJs play. Every location is different, but most have indoor and outdoor seating and every location requires masks to be worn. So whether you are in the Domain (here are some of the Domain restaurants we love) or H-Town, Gloria’s has to be on your list to visit.

Gloria’s is a great weekend brunch option. You can never go wrong with their Sopes or Chilaquiles. They also have the classic breakfast staples, like omelets and migas, and all the brunch drink favorites. However, next time I go I am for sure trying the Tres Leche Waffles, for obvious reasons. Their brunch menu is available from 11 a.m – 3 p.m.

If you happen to stop by during the day and they aren’t serving brunch, their lunch menu has something for everyone. They boast an extensive menu of Latin and Texas cuisines and course Salvadorian dishes, like Glenda’s Favorite pupusas and the Pescado Acajutla. Even the salads, specifically the Ceviche Chimichurri Salad, look just interesting enough to order…maybe.

The busiest time for the restaurant is dinner, for good reason. Their seafood seems to be the star, the Mariscada soup to the Blackened Red Snapper get rave reviews. It has some more casual Tex-Mex plates, like Chimichangas, as well as something a bit more fancy, like the Grilled Quail. And, depending on which restaurant you’re at, you can dance all that food off at 11 p.m when Gloria’s nightlife club starts up.

If happy hour is your thing, you have found a good home here. All-day happy hour Sunday through Thursday will allow you to sample from the long drink menu at Gloria’s. Preferably over a long period, it is a long list. Gloria’s is famous for its different margaritas, but they have tequila, wine, beer, and other cocktail options. 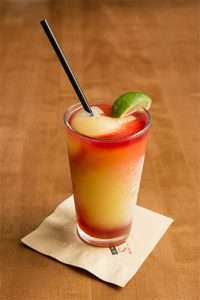 Every Saturday night starting at 11 p.m select Gloria’s Latin Cuisine restaurants become Gloria’s Nightlife. The dining room makes way for a dancefloor where local Latin bands and DJs keep the party going until 2 a.m. Make sure to get gussied up in “a smart, upscale style”, because the dress code is enforced.

Currently, only four of Gloria’s locations offer the nightlife experience: Addison, Austin (Domain), Houston Midtown, and San Antonio. VIP Table and Bottle Service are available, and you can call ahead to reserve your table. Whether you are looking for some good salsa music or the latest Dance music, Gloria’s nightlife is the place to be. You can follow Gloria’s Nightlife Instagram for more information.

Gloria has the right idea of doing an all-day happy hour Sunday through Thursday. Although different locations seem to have different policies on happy hour times, especially during the weekends, you may want to call ahead.
They have an extensive list of classic and signature cocktails, a favorite being their award-winning House Margarita. All of their margaritas, as well as the Sangria and Mojitos, are only $6-7 during happy hour. Bottles of wine go down to half price during happy hour. Have fun and drink responsibly.

There are two Gloria’s Latin Cuisine locations in Austin. The Austin (Downtown) restaurant is located in the heart of the city on West 6th street. The downtown location is open from 11 a.m – 9 p.m Sunday to Thursday and 11 a.m – 10:30 p.m on Fridays and Saturdays. 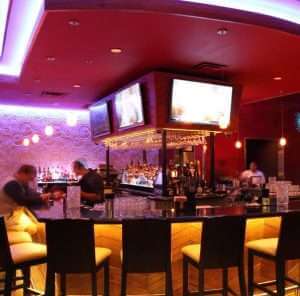 The other location is at the Domain, the upscale shopping center on the northside of town. The Austin (Domain) restaurant is one of the few locations to offer nightlife, as well as dining. The restaurant hours are 11 a.m– 9 p.m Sundays to Thursdays, and 11 a.m – 11 p.m on Fridays and Saturdays. But, stick around on Saturday as Gloria’s is transformed into a nightclub featuring a local salsa band and DJ. The Nightlife hours are 11 p.m–2 a.m on Saturday.

Gloria’s does not take online or call ahead reservations. However, they do offer event hosting.

You can order Gloria’s Latin Cuisine online through DoorDash. Gloria’s website has a link to their DoorDash page, on which you can order pickup and delivery.

How many Gloria’s Latin Cuisine is there?

There are 23 locations across Texas. Most of those are in the Dallas-Fort Worth area, with the rest around Houston, Austin, and San Antonio.

What type of food is Gloria’s?

Gloria’s is rooted in a Slavadorian culinary tradition. However, over the years have incorporated other Latin cuisines into the menu.

Does Glorias have salsa dancing?

Yes, every Saturday night. The salsa and Latin music are played by the live band at the Houston (Midtown), Austin (Domain), San Antonio, and Addison locations.

Does Gloria have vegan options?

Vegan options outright are hard to come by, unless you stick to chips and salsa. Although, there is a vegetarian menu and they can do substitutions.

Does Glorias have Queso?

Absolutely! They have a Chile con Queso, as well as a Queso Fundido that is served with flour or corn tortillas.

The story of the Fuentes and Gloria’s Latin Cuisine is enough to make anyone interested in going, but the food and atmosphere make you want to stay. With 23 locations around Texas, it is a readily available chain, while being fancy enough for a celebration or to get dressed up for a nice meal. Whether you are looking for a brunch crowd or a salsa partner, or maybe your craving pupusas and Tex-Mex, Gloria’s seems to cater to anyone and everyone.